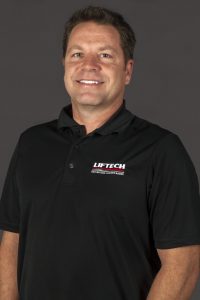 Darren Crotchett, President & Director of Operations
In the 1990’s Darren studied business, construction management and finance at Cal State Fullerton, while pursuing a business management degree.  He is the founder and former president of Coastline Window, Inc., a California based company that distributes various types of building materials and supplies to developers, contractors and homeowners.  He holds and maintains a General Contractor’s license in both California and Colorado.  Darren moved to Colorado in 2004 and founded Woodland Homes, Inc., a custom home building company that designed and built several high-end custom homes along the Front Range, one of which was nominated by the Home Builders Association for The Parade of Homes in 2009.  His diversity in the home building industry has allowed him to establish strong relationships with other custom home builders, top designers, architects, county officials, and corporate personnel.  In the spring of 2011 Darren began experimenting with new and more advanced methods to raise and stabilize concrete structures.  After nearly a year of planning and experimentation the process was proven and Liftech was born in the Spring of 2012.  In his free time Darren enjoys being a devoted husband and father to his wife Emily and their four children, Jack, Charlie, Will and Kate.   Darren enjoys camping, off-roading, skiing and a good margarita every now and then. 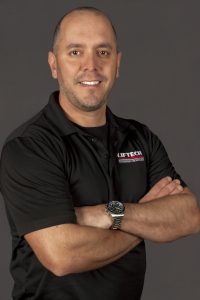 Brian is a Denver native who attended J.K. Mullen High School and attained his Bachelor’s Degree in Geology from Pomona College in Claremont, California.  He has a diverse professional background including working in the tech industry in the 1990’s and early 2000’s as a sales and network engineer for Fortune 500 companies, and later owning and operating a local real estate brokerage, New Era Realty, for over 10 years.  Brian represented Darren as his real estate agent on the purchase of his home in Colorado when he originally moved here in 2004.  The two quickly became great friends.  Darren was instrumental in Brian meeting his wife, Brenda, while traveling in Costa Rica on a “boys trip” together.  After nearly 10 years of friendship, Brian partnered with Darren in 2014 to support and expand Liftech’s sales and marketing efforts. In his free time Brian enjoys spending time with his wife, Brenda, and his two children, Avery and Evan.   He is an avid skier and outdoors-man who loves travelling and hitting the road with the family in their travel trailer whenever he can.  He is also huge music buff who has been to hundreds of concerts over the years.  And if you want to talk cars, Brian is just the guy to do that with you.

Don't Just Take Our Word For It

Check out the testimonials from our happy customers below